Bigger offices, more jobs and major expansion around the UK for Exeter-based GK Signs who will be celebrating their fifth birthday in July, all thanks to ‘unstoppable Chris’.

GK Signs recently moved to bigger premises to cope with an ever-expanding order book including an exciting new deal with Royal Mail to do more of its fleet work after a successful Christmas livery campaign.

As well as expanding to 50 jobs and a 24-hour operation in Exeter, the GK juggernaut continues with the opening of Midlands hub creating eight jobs, comprising an account manager and a team of installers.  In addition, the company is busy recruiting further installation teams based in Kent and Bradford, with plans for a further hub in Basingstoke, Hampshire.

Not bad for Managing Director Chris Rundle, the 20-year-old business whizz kid who left school four years ago with a couple of GCSEs, written off by most of his teachers.  The day after he went out of the school gates for a final time, he bought GK Signs for £10,000,  thanks to profits from the sign making business he had been running from his bedroom in Exmouth.  At that point, GK Signs was an ailing company but despite the doom-mongers predicting he’d go bust within a couple of months, Chris promptly turned the business around, moved to bigger premises and took on more staff.

Thanks to contracts with household name customers such as Hertz, Persimmon Homes, B & Q, Countrywide PLC, Churchill Retirement Living and Thrifty Car and Van hire, the company recently moved again to its new headquarters to accommodate the now 50 staff and the increased workload.  Their new premises offer 20,000 square feet and more parking for customers at Hennock House in Alphinbrook Road on Exeter’s Marsh Barton Estate. We’re looking forward to the next 4 years with Unstoppable Chris at the helm.

We're not around right now. But you can send us an email and we'll get back to you, asap. 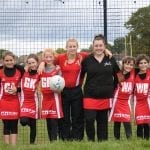